Note: All prices include the legal German VAT which will not be charged for shipping outside the EU.

Current shipping instructions regarding the coronavirus

We send with Deutsche Post DHL. For deliveries in Germany there are no major restrictions for DHL so far. In a few countries or country areas delivery is currently not possible. Details about this from DHL > here 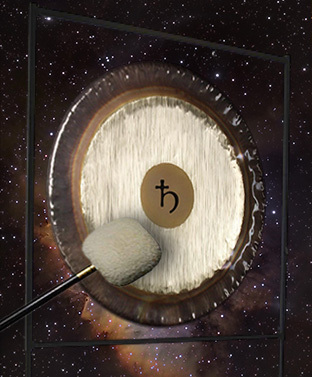 PAISTE's planet gongs are tuned to the natural octave harmonics of the orbital or rotational frequencies of the earth, moon, sun and planets. They thus resonate in harmony with the planetary rhythms and thus convey a clear aspect of the spherical harmonies that have been much quoted since antiquity.

The planetary basic tone is superficially present and with increasingly powerful play a broad spectrum of overtones is built up. The mysterious timbre conveys an unusual, unfathomable atmosphere.  The type and location of the keystroke allow a variety of depths and highs to be played, as well as different colourings contained in the overall sound.